How to Make Your Own Smudge Stick With White Sage

Smudge sticks – those bundles made of white sage or other herbs that you can find at health and metaphysical stores, can get pretty pricey. But you can easily make your own smudge stick if you have access to fresh herbs.

Smudging is a general term to describe the burning of certain herbs, resins, and incense for purification, energy cleansing, or to focus before a ritual, as explained in the book The Smudging and Blessings Book by Jane Alexander.

Many cultures use fragrant smoke for magical purposes, but the term smudging and the tied bundle of herbs that is a smudge stick come from Native American traditions.

What Kind of Sage is Used for Smudging?

White sage is the most common Native American smudging herb, but not the only one.

Most of the commercially available smudge sticks are made of white sage, but that’s not the only herb that’s well suited to burning in a bundle. Any herb that grows in stalks makes a good choice for a smudge bundle – but beware of herbs that are toxic to handle or to burn.

Some common cooking herbs can be dangerous when burned, so be sure to check a variety of reliable sources before assuming something is safe to inhale.

Some good choices for smudging include sweetgrass, rosemary, thyme, lavender, juniper, and cedar. Each of these herbs has it’s own special spiritual or metaphysical purposes – such as remembrance and healing from rosemary, or peace and balance from lavender.

Picking the appropriate herbs for the smudge wand can help support the intent of the spell, and it may be easier to find growing than white sage. 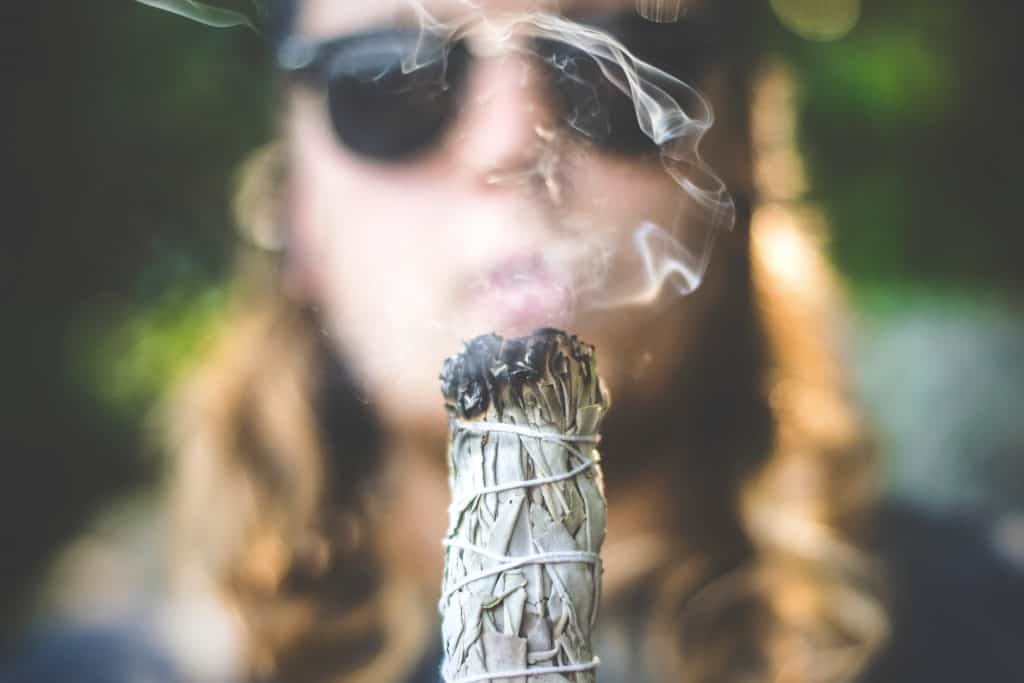 How to Make a Smudge Stick at Home

Fresh herbs, string or twine, and a pair of scissors are the only materials needed to make a DIY smudge stick.

Once the sage, other herb, or blend of herbs has been located, it’s time to harvest. Pick the greenest tips from the plant, to avoid damaging the plant. The tips also have more fragrant oils than the woody stalks.

Clip the stalks about 6-10 inches long. Shorter smudge wands are fine for short rituals, and longer ones get unwieldy and tend to burn unevenly.

Dried herbs can also be used, but only in the middle of a bundle of fresh herbs. Dried herbs, even whole stalks, are difficult to wrap together and tend to break off during the wrapping process.

Arrange the herb stalks into a bundle, pressing them together tightly and twisting slightly if desired. Use a cotton or natural fiber twine or thread, such as embroidery thread, and tie the end of the thread tightly around the base of the bundle. Make sure there’s an inch long tail left from the knot.

Tie it around the bundle once or twice, then cut it with an inch long tail. Tie the two tails together to finish the wrap. 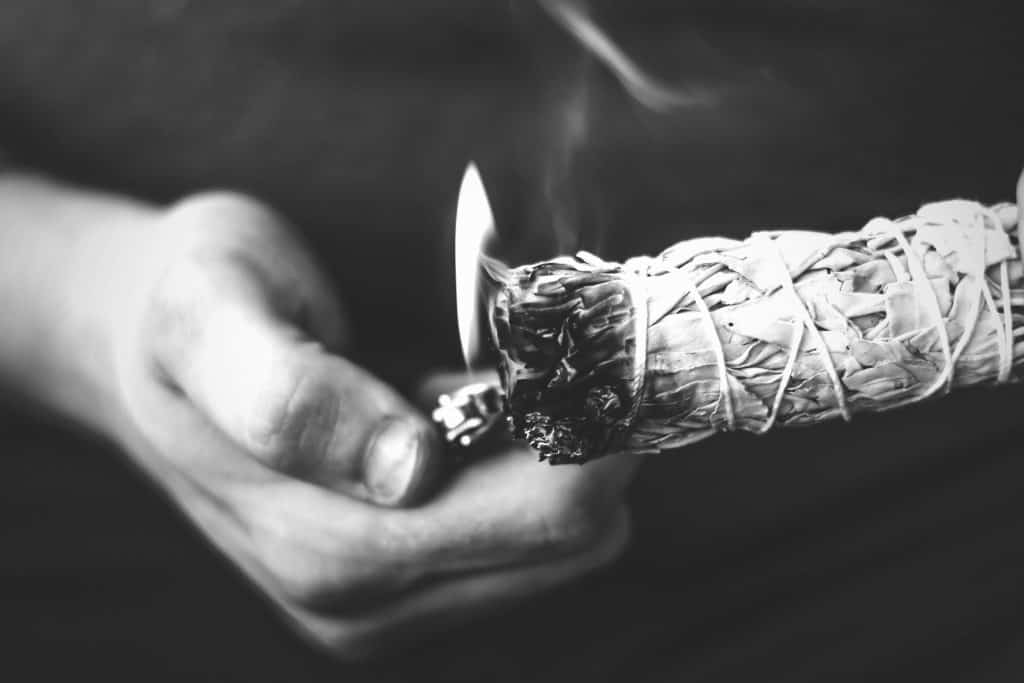 A short prayer, even just as simple as saying, “Thank you for granting us use of you and helping us with our work,” is a nice way to acknowledge the plant’s sacrifice and to thank it. If the gathering is done in public and saying a prayer out loud would draw too much attention, then a simple silent prayer of thanks should be enough.

Benefits of Making Your Own DIY Sage Smudge Stick

Homemade smudge sticks are easy to make and allow for variation.

While it’s easy to buy white sage smudge wands at many metaphysical supply stores, there a few good reasons to make them at home.

One is the money you’ll save by learning how to make white sage smudge sticks by hand. Another is the customization factor in DIY smudge wands. You can include any fresh herbs you have on hand or can easily order, while most commercial smudge bundles are made only from white sage.

How you ever tried your hand at making your own DIY smudge stick? We encourage you to get out foraging and see what herbs you can unearth to make your own smudge stick at home!

Pin this for later! 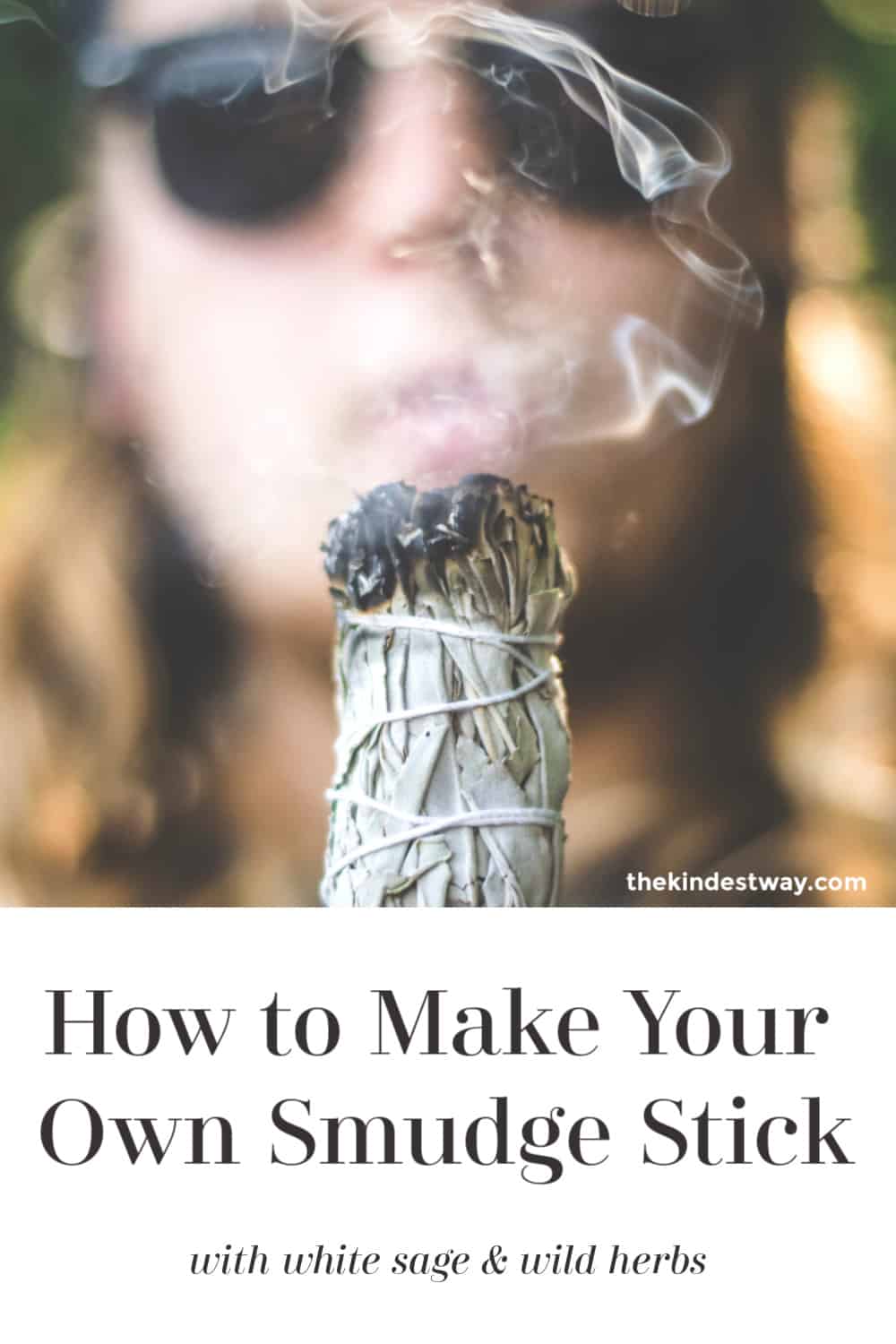